Farming families in the Liberty, Gray’s Chapel and Randleman areas of northern Randolph County were concerned about the future of their communities. This area has many traditional family farms, including dairies, tobacco farms and the more well-known Goat Lady Dairy and Rising Meadow Farms.

After hearing about the experiences of families in the Sutphin Mill Community protecting their farms, some of these families approached Piedmont Land Conservancy to learn how they could initiate a similar project.

Randolph County is one of the fastest growing counties in the Triad, particularly the northern portion where growth spills over from Guilford County. Faced with intensive development pressures, these three communities created a vision of an 8-10 mile corridor of approximately 3,000 acres of protected farmland that would stretch between their communities along Old NC Highway 49.

An important goal of farmland protection is to work in areas where agricultural communities can thrive. This is one reason why PLC has focused on this area. Based on North Carolina’s Agricultural Statistics from 2009, Randolph County is the only county in PLC’s territory that ranks in the top ten counties in the state for cash receipts from farming; ranking eighth for livestock, dairy and poultry and tenth for all crops.

In Randolph County’s Growth Plan, this area is identified as a Scenic and Heritage Tourism Corridor. Additionally, the protection of these rural lands will help protect critical drinking water supplies for other Randolph County towns located downstream.

A 13-acre riparian buffer easement purchased in 2003 protects the water quality of a tributary of Sandy Creek, the drinking water supply for the Town of Ramseur. This easement prohibits the development and harvesting of the existing mixed forest within 300 feet of the stream’s bank. PLC acquired a second 24-acre easement in 2005 that prohibits non-agricultural development on the adjacent land encompassing the agricultural buildings, gardens and pastureland.

In October 2010, PLC purchased a permanent agricultural conservation easement on 97 acres of Whitaker Farms, using a grant from the NC Agricultural Development and Farmland Preservation Trust Fund to leverage federal USDA Farm and Ranchland Protection Program funds. The Whitakers also donated a portion of the easement’s value to complete this transaction.

The Whitakers have reinvested proceeds from the sale of the conservation easement in the farming operations. The family also has enhanced the farm’s income by expanding their agritourism ventures by offering pick-your-own strawberries in the spring and school tours in the fall. In addition to providing a variety of trees, shrubs and flowers, the Whitaker’s two garden centers offer a wide selection of gardening gifts and accessories, as well as landscaping services including stone patios, fire rings and water features.

Ann and Ron Fay began Rising Meadow Farm with their daughter and son-in-law in 1993 and were one of the first families in the area to support Piedmont Land Conservancy’s farmland protection initiative in Randolph County. In 2011, the Fays finalized an agricultural conservation easement which will protect 64 acres of their farm forever.

Rising Meadow is primarily a sheep farm, selling lamb for farmers markets as well as wool and its many by-products, but llamas, angora goats and chickens also roam. The Fays have embraced their role as educators by offering opportunities for the public to visit the farm. These include Shearing Day in February and Open House Farm days, usually held in May and October.

Funding provided by USDA, the North Carolina Department of Agriculture and Consumer Services and PLC members.

“My grandfather took a desperate gamble on unborn grandchildren he would never see – trying to ensure that this land stayed a farm. By donating this easement, I can ensure that his wishes will be carried out far into the future.”

Situated off of US Highway 421 near Liberty, Troy Farms was PLC’s second easement in the Liberty-Randleman Farmland Protection Corridor (2001). Approximately half of this farm is managed for loblolly and longleaf timber according to a sustainable forest management plan. The remaining portion of the farm is comprised of hardwood forests, a farm pond, and cornfields and soybean fields. The easement ensures that this land’s agricultural soils and open nature will always be protected.

Guy Troy competed in the 1952 Olympics in pentathlon. The event consists of five sports: running, swimming, fencing, shooting, and riding. Back then, competitors shot with a .22 caliber gun, today, they use a laser. Troy said he was never a great runner or swimmer, but loved fencing. "Fencing was fun because you are fighting another guy and you're out to kill him," he said. In the end, his pentathlon team tied with the Fins for fourth place. Troy said, "If I'd been younger and a better runner, we'd have gotten a medal." He said it is, "A thrill and an honor to represent the United States and it always will be."

“I was talking to my grandsons about the farm and I told them I might be messing up their inheritance. They said, ‘What are you talking about?’ I said, ‘Well, I’m going to put this in an easement so the land can never be developed. It will always be farmland.’ They thought a little and said, ‘Well that’s the way we want it. We don’t want it developed.’”

In June 2000, the first farm in PLC’s Liberty-Randleman Farmland Protection Corridor was protected. Mostly open pastureland, this former tobacco farm has been farmed by Ike’s family for more than 100 years. The conservation easement ensures that the agricultural soils are protected and that non-agricultural development is prohibited on the property. The love this family has for farming and their land is most obvious when walking the farm with the family and listening to their stories.

Project funding provided by the landowner, Syngenta Cropland Division and the NC Farmland Preservation Trust Fund via the Conservation Trust for North Carolina.

When Cora Williams died, she left her estate including the land used by the family dairy business to nine heirs. As is often the case when there are several heirs, the only viable solution regarding the land was to sell it and divide the proceeds accordingly. As a critical piece of the family’s dairy business, Rick and Barbara Williams began searching for ways to purchase the land from the other heirs so that it could be retained as part of the family dairy business. After talking with other farmers in the Liberty-Randleman Corridor, Rick Williams contacted PLC to request assistance. Fortunately, PLC had funding available to purchase the development rights on the land which provided Rick and Barbara with the necessary capital to purchase the land from the other eight heirs.

Living the experience of being one of multiple heirs for family farmland, Jeanette Williams, Rick’s mother, decided to take a proactive step for the benefit of her heirs. Jeanette and her husband, Charles, decided to sell an easement on the land that contains the main portion of the family’s dairy business at a bargain sale rate. By selling the development rights, Jeanette is able to invest the funds received for the benefit of her heirs that aren’t interested in maintaining the land while ensuring that her heirs that wish to retain the land will not have to sell the land to pay the estate taxes. Her decision benefits the land, the family business, and her heirs.

PLC completed protection of Rick and Barbara’s 147-acre easement in 2002 and Jeanette and Charles’ 116-acre easement in 2003. The easements protect the prime agricultural soils by prohibiting non-agricultural development and specifying where future construction can occur. Since these two adjacent parcels border along approximately 1.5 miles of Sandy Creek, the drinking water supply for the Town of Ramseur, 75-foot riparian buffer zones along the creek were also established for water quality protection.

This large dairy farm in the Liberty-Randleman Protection Corridor contains almost two miles of tributaries to Sandy Creek, the water supply for the Town of Ramseur. The owner’s need to sell the farm in 2003 raised the threat of losing this farm to a non-agricultural use. By the end of 2003, PLC purchased a conservation easement, ensuring the long-term protection of the prime soils and the streams.

Project funding provided by the NC Department of Transportation, the US Department of Agriculture’s Farmland and Ranchland Protection Program, and PLC.

Located near Randleman in the Liberty-Randleman Farmland Protection Corridor, the Capps Family Farm is a farm owned and operated by two generations. The family granted two easements over this diversified farm raising poultry, cattle and row crops due to the ownership of the various tracts of land comprising this farm between 2005 and 2006. The easements provide for future agricultural development but prohibit non-agricultural development. This farm is the first protected in the western half of the Corridor.

In 2006, PLC completed three easements that protect five parcels within the Coward Family Farm. The farm was previously subdivided amongst the Coward siblings. These easements protect the agricultural capacity of the land and the water quality of Polecat Creek, a major tributary of the Deep River. Coward Family Farm is the eighth farm in PLC’s Liberty-Randleman Farmland Protection Corridor bringing the total protected acres to more than 1200 acres. 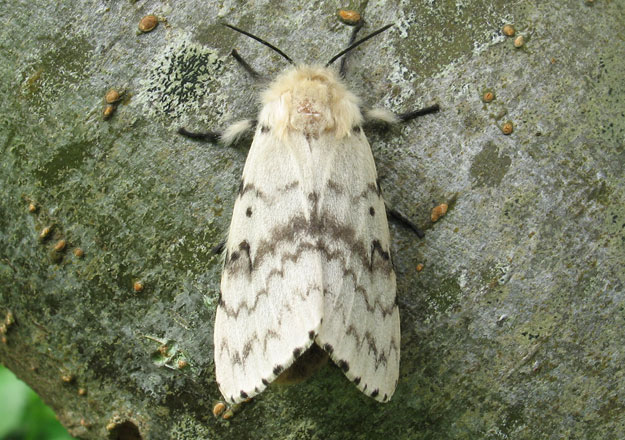 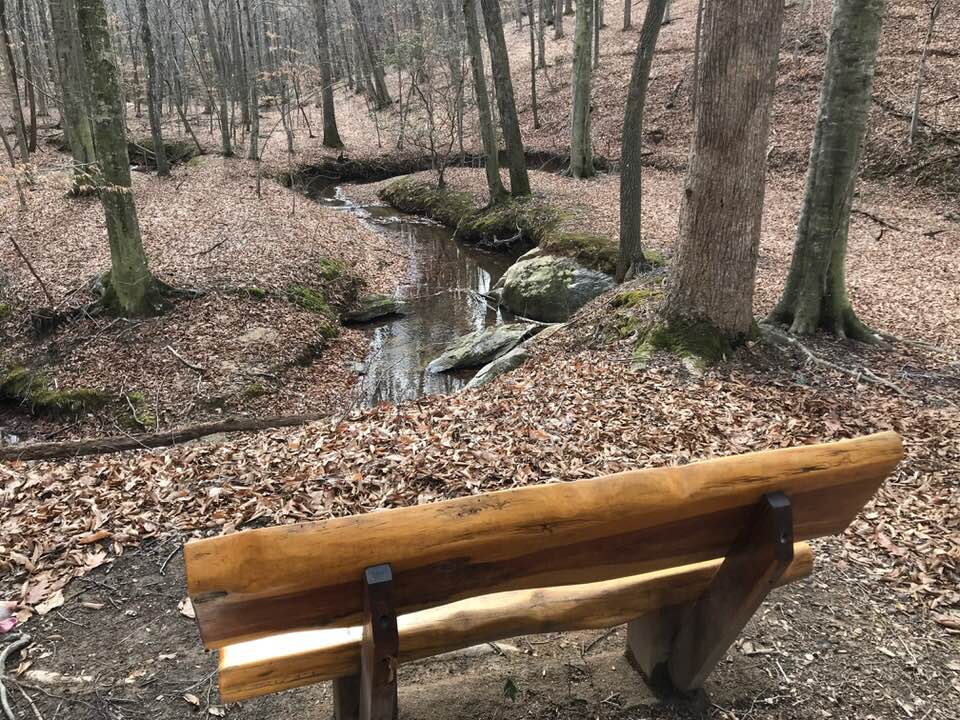