by PLC Executive Director Kevin Redding:
I recently had an opportunity to spend a day along the Dan River with biologists from the N.C. Wildlife Resources Commission. While I was hoping to sample the waters for some of the hard-fighting smallmouth bass known to roam the river, the biologists were focused a bit lower in the water table — identifying mussel species. To their credit they were much more successful in finding small little clam-like creatures on the river’s bottom than I was in landing a fish. 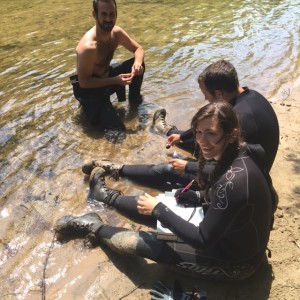 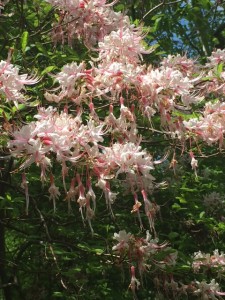 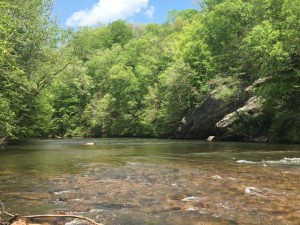 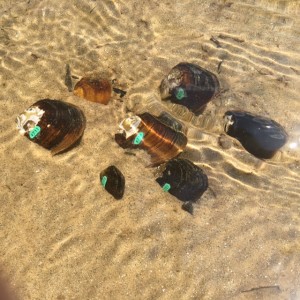 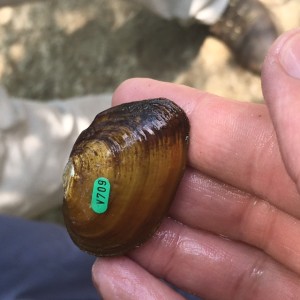 Freshwater mussels are the aquatic equivalent of the canary in the coal mine. They live on the river’s bottom often wedged between rocks and any sediment passing through. They feed by filtering water and they certainly don’t move very quickly. All of these characteristics enable mussels to be excellent indicators of water quality. Simply put, if the stream becomes too polluted they can’t survive. So, streams that possess great diversity in freshwater mussels are almost certain to boast very high water quality. The mussels themselves help maintain and improve the water quality via their filter feeding system. That means if water quality drops too low for mussels to survive the ecosystem receives a double whammy by losing one of its own cleaning agents.
On this day we were sampling the waters of the Dan River just upstream of Hanging Rock State Park in Stokes County. In the past two years, due to unfortunate circumstances, everyone has heard of the Dan River. What they might not be aware of, though, is that the upper sections of the Dan River (Rockingham County, Stokes County, a tiny sliver in Surry County, and Virginia) are some of the most ecologically diverse, clean waters in the eastern United States.
The primary target on this unblemished, sunny day was a little creature known as the James River spinymussel, or to be more specific, Pleurobema collina. These mussels only occur in two watersheds in the entire world, the James River in Virginia and our very own Dan River in Stokes County. With such a limited range, the N.C. Wildlife Resources Commission and the U.S. Fish & Wildlife Service are very interested in preserving the habitat that allows them to survive. So is Piedmont Land Conservancy.
Within a few hours we were able to locate one individual mussel at PLC’s Hill Farm in the Westfield community and then five more mussels near PLC’s Dan River Bends property close to Hanging Rock State Park. We tagged all of them by gluing an identification number on the outer shell and then returned these rare and endangered creatures to their homes. In future years, biologists will be able to monitor movement, population growth and more by returning to this exact location.
As much fun as it would have been to catch a 3-4 pound smallmouth bass, it was even more humbling to hold a mussel that lives in only two river basins in the entire world. Placing the tagged shell back in its habitat, it was easy to feel a sense of stewardship – almost a parental responsibility – knowing that these tiny mollusks are fragile and we must take great care of them.
I look forward to returning to these spots along the Dan River in future years to see how my little friends are doing. While I can’t control everything to do with the waters of the Dan River, I can assure you that Piedmont Land Conservancy is doing everything we possibly can to protect the special lands that help make this watershed unique.
A special thanks to Johannah Stern and Bill Sparks at Singletree Gun and Plough for providing access to one of the most beautiful, yet isolated, sections of the Dan River.